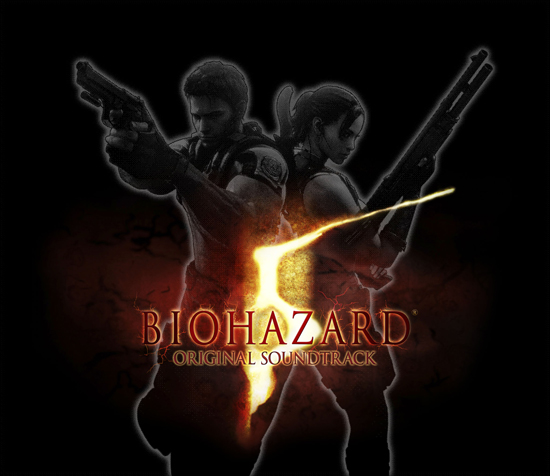 Sumthing Else Musicworks, in collaboration with publisher Capcom, announced the release of the offical Resident Evil 5 soundtrack, featuring the original in-game compositions. Availalbe today in both physical disc and digital download formats, the 3-Disc set can be downloaded via either Sumthing Else Musicworks’ own service (www.sumthingdigital.com) and iTunes. Kota Suzuki, the lead composer on the project, recently spoke on the IP’s audio development, saying, “As the look of the game has changed from the previous series, I spent many hours trying to figure out how to approach it with music. We tend to relate horror with darkness, but this time the game takes place in Africa with a blazing hot sun. I contemplated on how I could stir the player’s emotion by music embodying two opposite elements? After much trial and error, the director came up with a key phrase ‘panic horror.’ And from there, I put my focus on panic-stricken music for the players. In fact, I did often get panicky while playing this game myself. I wonder what your experiences will be?”