GOG.com (stands for “Good Old Games”), digital distributor of DRM-free download-titles, has announced its deal with Aaron Conners to distribute his co-created series of Tex Murphy adventure games. The franchise, which includes games like Mean Streets, Martian Memorandum, Under a Killing Moon, The Pandora Directive, and Tex Murphy: Overseer, features a post-WWIII man fancying himself a hard-boiled detective from the 1940s film noir film scene, searching for and solving various wrong-doing in mid-21st Century San Francisco. 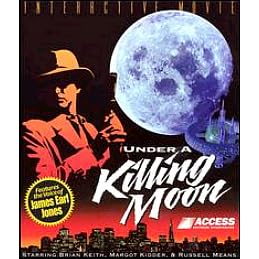 Mean Streets and Martian Memorandum are now available as a $6 bundle at GOG.com, with Under a Killing Moon available as a stand-alone title for $10, the rest of the franchise expected to arrive on the download service’s website within the coming weeks.

“Tex Murphy’s adventures are the essence of classic adventure games. Add to this an array of crazy and funny characters including Chris Jones as Tex Murphy, and you have an absolute classic,” said Adam Oldakowski, Managing Director of GOG.com. “It’s basically our duty to revive this incredible series for a new generation of gamers, as well as those who played these games back in the 90s.”

“What people seem to love about Tex is that he’s just an average guy…sometimes a little below average.” added Aaron Conners, “He’s always in the middle of something that’s way over his head, but as he says: ‘Danger’s like jello – there’s always room for more.’ Most of us can’t relate to being James Bond, but pretty much everyone can relate to Tex.”