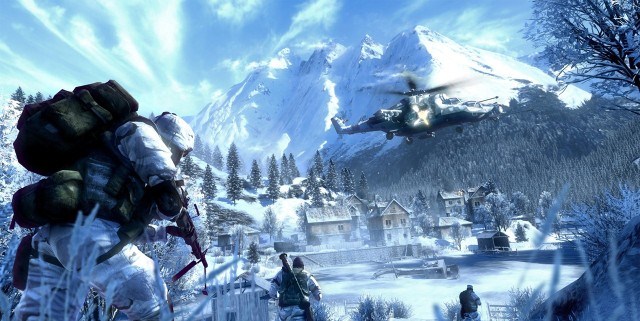 Patrick Bach senior producer of Battlefield: Bad Company 2 exchanged a few words with Worthplaying a couple of days ago. In this prolonged exchanging of words he reviled an interesting tidbit; BFBC2 will receive day one downloadable content upon its release. It’s currently not clear whether this DLC will be free or not.

“We see the game as the first step to a longer experience. We have an in-game store where you get free content or you can buy new content to the game. On day one, you will get some really cool stuff.”

Anyone older than two and without granite for a roof should remember the controversy that surrounded the original Bad Company’s DLC. Dice and EA had created an in-game store from which players could purchase weapons and tools specifically designed to give you an edge on the battlefield. In light of this news a large number of players decided to boycott the game claiming it was unfair that some players would have a distinct advantage because they were willing spend more money on the game.

Only time will tell if EA has learned from their mistakes, what do you think?