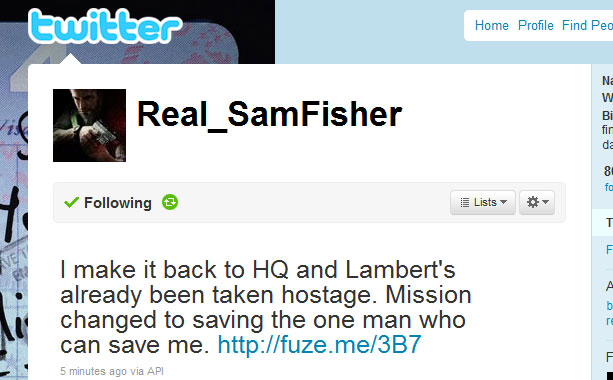 According to a Twitter entry from “Sam Fisher” today, it seems that Sam is trying to find Lambert.

Fans will remember that in 2008, Irving Lambert is kidnapped by the JBA, and his possible death was determined personally by Sam. In Splinter Cell: Double Agent Sam was forced to decide to shoot Lambert. Even if Lambert is shot Fisher tells him to “hang in there.”

According to a tweet from “Sam Fisher” it appears that the old guy isn’t quite dead yet and obviously “hung in there.”