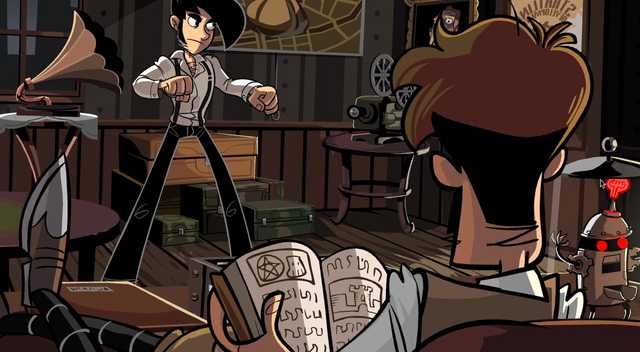 Penny Arcade Adventures: On the Rain-Slick Precipice of Darkness was a popular – if expensive – downloadable series when it first hit on Steam and Xbox Live in 2008. But fans haven’t seen a new release in the franchise since that October, and according to Penny Arcade co-creator Mike Krahulik, they will never see the proposed final installment. Krahulik and his project partner Jerry Holkins will be working on a novel to round out the story of the games, but a proper Episode 3 will not be coming.

“[The game’s developer] Hothead has DeathSpank and they have a chance to do something really cool with it,” said Jerry Holkins. “And they need to have an opportunity to make it incredible. They definitely could’ve done both games. I think they could’ve made DeathSpank and Episode 3 but I think Episode 3 would’ve suffered. I mean, I know it would have suffered. So we’d rather not do it than do it half-assed and so we’re going to finish that story but it’s going to be on our website.”

“Right now my focus is on trying to create an episodic story-based version of the remaining games,” Holkins continued. “It’s going to be like a book that comes out. According to the traditional model of episodic fiction.”

One thought on “No Penny Arcade Adventures Part 3”