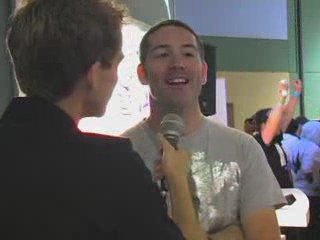 Max Beland is the creative director of one of the most anticipated hardcore titles of 2010 in Splinter Cell: Conviction. But, in an interview with IndustryGamers, Beland discussed the future of accessibility in games, and finds that “super hardcore” titles are too narrow-minded to be as profitable as they could be.

“I think it’s a subject that is very touchy right now because as an industry we want to grow. We need to stop making games that are super hardcore,” he commented. “But we’re afraid because we don’t want to lose the hardcore people! At the same time, it’s a challenge because the journalists – the people that rank us – are usually hardcore. So it’s a real challenge to find a balance and make your game [appealing to all]. I don’t like the word accessible because it makes it sound like you’re dumbing down your game. But to me, Call of Duty is very accessible. So yes, it is something we want to do – I’d love for 10 million, 60 million people to play the games we make.”

He continues, “It’s something that I think every developer is attacking. And it’s simple; we want to grow. I think different games are trying different things. I mean, look at Assassin’s Creed and all the free running. It doesn’t have a jump button, which is kind of fucked up. I worked on it for one year, and there were a lot of discussions. It was like, ‘Wow, are we really going to make a game where one of the main features is free running and there’s no jump button?’ But we found a way to make it work… I think the free running in that game is a good example of a well implemented feature that adds to accessibility. And for us, Mark and Execute in Conviction is a bit of the same thing. Usually in shooters, after you shoot the first guy you need to turn the camera, and maybe the next enemy starts moving, and so hitting the second guy is a lot harder. And the third guy is already taking cover and shooting back at you. So with Mark and Execute it’s not about shooting anymore; it’s about being tactical and planning your attack… and then you get some cool animations.”

What are your thoughts, E-Gs? Is there a place in video gaming’s future for hardcore-minded titles? Respond to Beland yourself in the comments below!

One thought on “Splinter Cell Director: No More Super-Hardcore Games”