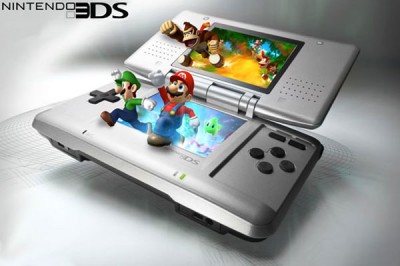 Image may not represent any official final product

Nintendo has been a dietetic influence on the Japanese electronics market for decades, their handheld devices being particularly lucrative with a near unheard-of consistency. But it looks like, according to a recent poll, the Big N’s latest portable game device hasn’t attracted the usual crowd. According to a recent poll conducted by What Japan Thinks, only 8.8% of current DS owners (meaning any iteration of the handheld, from the original to the XL) are looking to upgrade to the 3DS in its reported October launch in Japan. Given that current DS owners make up the majority handheld market in the country, the seemingly odd sampling may still hold a lot of weight to Nintendo. Analysts are expecting a significant uptick in interest once more details are released about the product during this year’s E3, as the poll also indicated that the same sampled group had a 55.8% interest rate in the 3DS.

Interested in the 3DS, E-Gs? Think it will still sell in the overcrowded DS marketplace? Give us your predictions below!