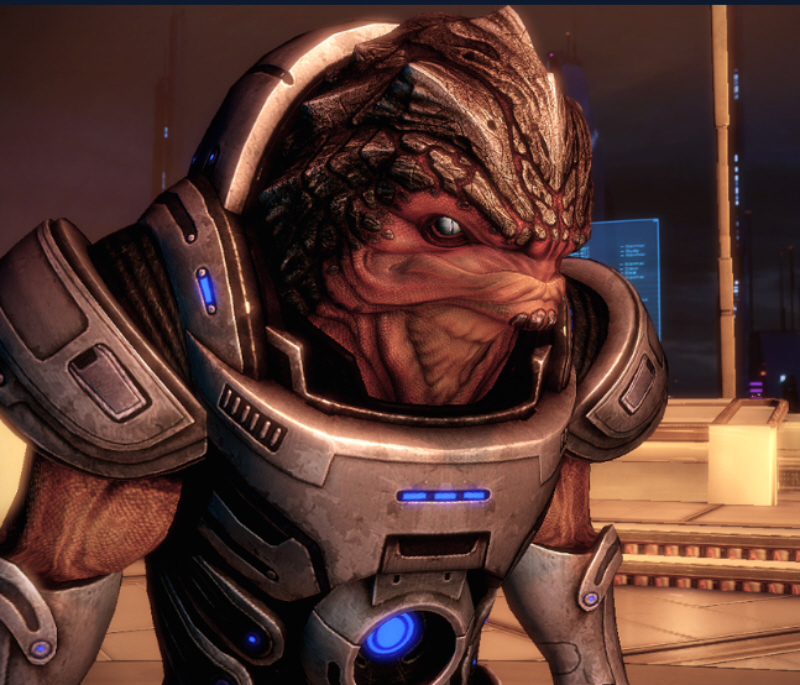 We attempted contact with Grunt's representatives about a love scene with Shepard, but have received no response.

Bioware has never seemed to shy away from homosexual relationships, with the original Mass Effect having the ability for a female Shepard to bed a female and Dragon Age: Origins featuring a possible male relationship with a bisexual male elf. But many have found the lack of a homosexual relationship option in Mass Effect 2 a  bit odd, and some have even taken issue against Bioware for the same reason. Both the product director of the game Casey Hudson and Bioware co-founder Ray Muzyka have come forth with two different answers.

“We still view it as… if you’re picturing a PG-13 action movie,” Hudson commented, referencing the overall level of maturity intended for the product, “That’s how we’re trying to design it. So that’s why the love interest is relatively light.”

What’s the E-G opinion? You agree with one or both of Bioware’s reps, or was this a question of sales and/controversy? Give us your thoughts below!