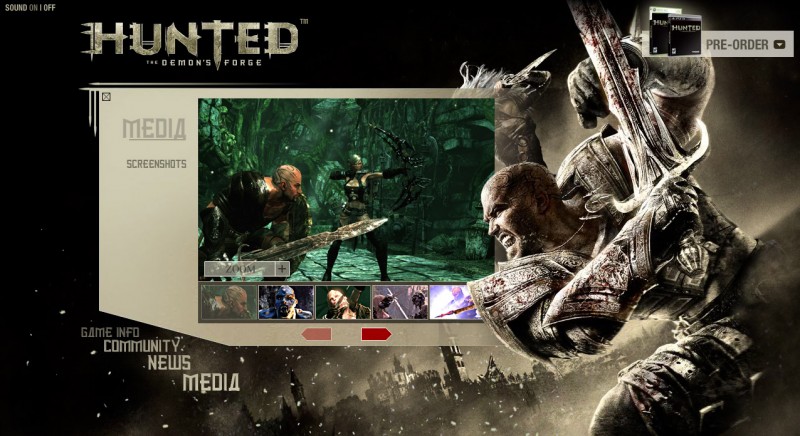 Hunted is a cooperative action game, set in a dark fantasy world. Gamers contol of either E’lara, a ranger, or Caddoc, a swordsman, using a variety of weapons, spells, and cover tactics to battle dungeons, overgrown ruins, and downtrodden towns.
Hunted will be available on Xbox 360, PS3 and PC in Q1 2011.

One thought on “Hunted: The Demon’s Forge Teaser Site Launches”