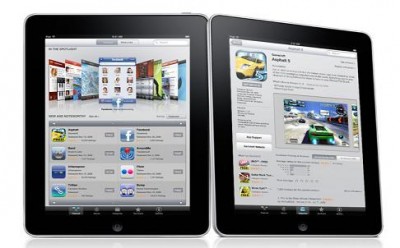 And Nintendo says that Apple can’t be a competitor in the handheld market. The iPad tablet has sold 1 million units in only 28 days, more than half the time it took the iPhone to perform the same sales feat (74 days.) Owners have already downloaded over 12 million applications from the App Store (5,000 new apps have been released since the iPad’s launch,) and 1.5 million e-books from the iBookstore. With developers both from the iPhone circuit and completely new to the handheld market already leaping on the device, Apple could be poised to make a major push towards the gaming market.

Will the Apple brand be the next major entrant into the video game industry? Give us your thoughts below, E-Gs!