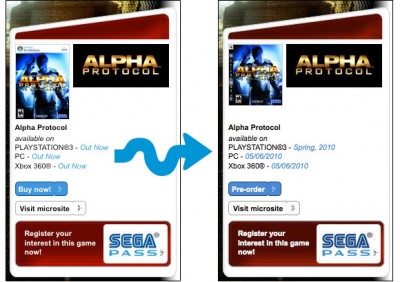 Digital Rights Management has been a political minefield for publishers and developers, reviled by consumers and difficult to balance between piracy and fiscal validity. Many companys, like Ubisoft, have tried unique models to mixed success, but Sega’s new system may provide the equality gamers have been clamoring for. Thanks to Game Politics, a spreadsheet of details on the new prototype (to be first implemented on the upcoming Alpha Protocol) can be found after the jump.