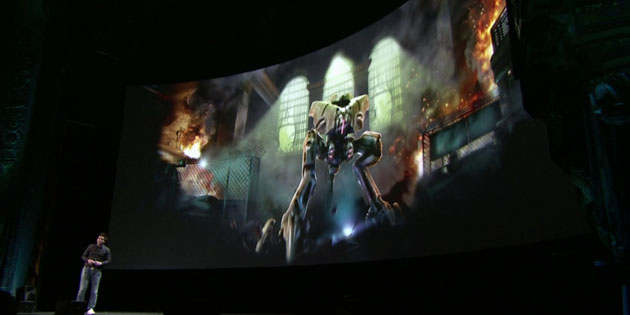 Crysis 2 details has emerged from the EA press conference. Crysis 2 will be the first game this year where you can play at full stereoscopic 3D for “all three consoles.” In addition new gameplay features were unveiled, among which were a highly enhanced arsenal, new and highly intelligent enemies and familiar locations like Grand Central Station in New York City.

A defining moment in the live demo was when a huge Sky Scraper tumbled over after taking a heavy alien beating and crushing Grand Central Station, the player, of course, escaping in the nick of time.

One thought on “Crysis 2 details!”