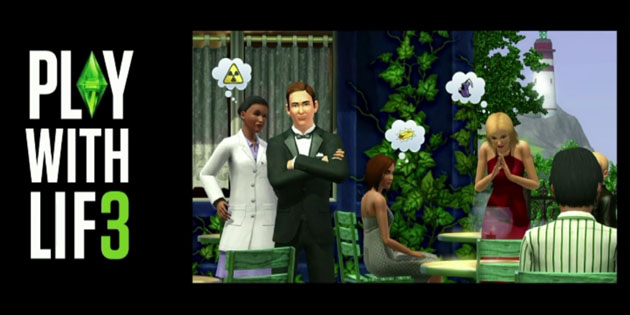 As part of the EA Press Conference at the E3 earlier today, EA explained part of the philosophy behind the Sims franchise and indicated that The Sims 3 will be released on consoles this fall.

The developers of EA have attempted to give Sims an element of free will by allowing the “mind” of a Sim to balance  short-term needs, long-term aspirations while factoring in the unique personality of a Sim. In this way, developers have tried to allow the mind of a Sim to resemble the human mind itself. This allows for emergent and unpredictable developments in the Sims, leading to the EA representative on stage to theorize that Sims might actually have more free will than most human beings.

EA further stated that a console-port of The Sims 3, which was released last year for the PC, will be available this fall.