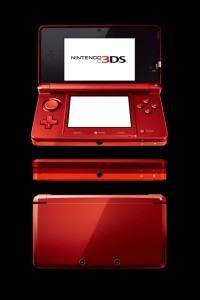 Is there anything Nintendo’s recently detailed new handheld can’t do? In addition to providing 3-dimensional visuals without the need for specialty glasses, IGN is reporting that those developers keen on remaining the 2D spectrum can design a title that is meant for gamers to turn off the system’s 3D capability in order to upgrade their 2D graphics.

“The way the Nintendo 3DS renders a single frame of video is at 800 by 240, splitting that frame down the middle vertically. Two 400 by 240 resolution images are then sent to the two layered LCD screens for the 3D effect,” explains IGN. “Developers working on the system say that if they were developing a 3DS game that didn’t use 3D, they could theoretically use the extra processing power for additional texture passes and more complex object and environment geometry, or even up a framerate from 30 frames per second to 60…But there’s no benefit to raise a frame rate from 60 to 120 since the LCD displays of the 3DS (as well as the DSi, DS Lite, DS classic, Game Boy Advance…even the PSP) are limited to 60Hz.”

And that’s not all for Nintendo fans. Rumors have also been going around that the Mii avatars that currently roam the Wii landscape could make their way to the new handheld. Considering Nintendo has already hinted at a “revolutionary new online strategy” for the 3DS, Shigeru Miyamoto responded to a question regarding avatars in the Pilotwings 3DS demo on the show floor.

“We need to keep in mind how we evolve the Miis and how we think about compatibility with Miis between different systems, but that’s something that we’re definitely giving consideration to and want to continue to try to allow people to use their Miis on different Nintendo systems going forward,” Miyamoto

2 thoughts on “3DS Boosts 2D Graphics, May Get Miis”