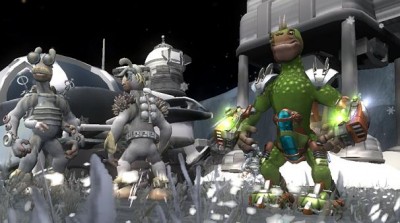 We recently reported on a supposed collaboration between Electronic Arts-developers Maxis and Bioware on the upcoming Spore spin-off, Darkspore. While indeed a former Bioware staff member – Mass Effect fiction writer Malcom Azania – is working on the project, that is the extent of any collaboration between the two studios. The original report used for the information was assumptive in its expansion of the collaboration idea.

“The Darkspore team is working with Malcolm Azania for the writing/fiction in the game. Malcolm comes from the BioWare team and worked on the Mass Effect fiction. That’s the extent of it…” an EA spokesperson cleared up in an earlier statement.