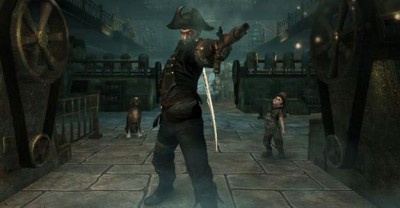 The 1.5 million downloads and extra $15 million dollars made chopping up the Fable II experience into downloadable chapters must have been a success, as Peter Molyneux is praising the idea and preparing the same experience for Fable III‘s October 26th launch. The game will still support the free first chapter model (dubbed “freemium” by Molyneux), and is doing so in hopes to garner a larger attach rate to wider audience, including women players. Molyneux has also set a 5 million copies sold ($150 million) goal for the game, otherwise seeing the franchise as likely “to wither.”

“The reason we’re doing this is really trying to bring a wider audience into the Fable franchise, because my suspicion is there are a lot of people who are the partners of core games who probably want to get involved as well,” said Molyneux. “It gets around this horrible concept of demos. Anyone out there who thinks a demo is a good idea is crazy. It’s never a good idea, because demos are usually done at the end of a game and they require an enormous amount of design talent to make a demo. The other thing is you’re more likely to satisfying the curiosity of a user rather than entice them to play more.”