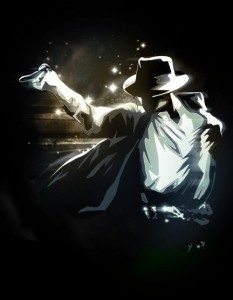 One of the (arguably few) highlights of Ubisoft’s E3 Press Conference this past month was its reveal of a new IP based on the life and work of the self-proclaimed King of Pop. Now revealed to be Michael Jackson: The Experience, the game is set for a November release this year for the DS, Wii, 360, PS3 and PSP platforms. The Experience will allow players to “step into the shoes” of the world-famous music star and re-live his most memorable performances (although no specific venues or setlists were revealed.)

A self-branded fixture in the style of Just Dance, the Xbox 360 and Playstation 3 versions were be compatible with Kinect and Move, respectively. Those with Kinect will have a 3D model of themselves to dance along to, and Microphone support (along with similiar pitch-correction software to be found in the upcoming Rock Band 3) round out the feature list for all other console versions. Handheld versions will focus more on “tap-on-screen” rhythm gameplay ala Elite Beat Agents.