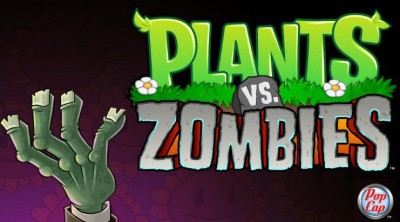 Popcap’s Plants vs. Zombies combines the eternally addictive nature of games like Bejeweled with enough of a strategic element to allow the hardcore gamers to play it without fear of credibility loss. If the game has escaped you for this long, Popcap is coming for you with a new and beefed up version of the IP, soon to hit Xbox Live Arcade.

Plants vs. Zombies will be getting tons of new content; including nine new multiplayer modes (two multiplayer, seven single-player), 12 unique achievements, and 21 mini-games; all running at a smooth 1080p resolution. The title is set to release for $15 (12 Microsoft Points), although no specific launch date has been confirmed.

“With a ton of new features and content exclusive to the XBLA version, we’ve pulled out all the stops to both expand and optimize this adaptation for a hard core gaming audience,” said Ed Allard, head of PopCap Worldwide Studios. “The two new multiplayer modes allow gamers to work cooperatively to defeat hordes of invading zombies, or go head-to-head in a true ‘plants vs. zombies’ challenge. We’re also featuring a customized ‘house’ for tracking and sharing progress as well as a total of 21 mini-games and 12 achievements, all designed to enthrall Plants vs. Zombies players once again.”

The game will also get a boxed release bundled with Zuma and Peggle, and a “Game of the Year” edition for PC and Mac (which contains a limited number zombie figurine), both sets expected to cost $20.