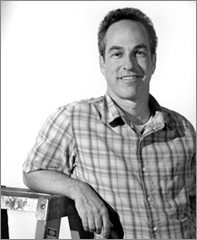 While the “family friendly” association Nintendo has crafted themselves over 20 years ago has served them well, there is no denying that in recent years that same association has trapped them a bit in certain demographics. Sales of stalwart hardcore franchises on both the Wii and DS platform have consistenly under-performed, the immensely popular Grand Theft Auto franchise couldn’t even make headway on the DS with its Chinatown Wars installment. As detailed by Danny Bilson (Vice President of Core Games over at THQ) in an Industry Gamers interview, Nintendo lobbied hard for the recently announced Saints Row entry on the 3DS to counter such an image.

“Nintendo really wants to launch with a very balanced portfolio. They really don’t want it to feel like a kiddie platform. They were very clear: they really wanted Saints Row on it.” Bilson went on to detail the making of the 3DS iteration in the franchise, and its cross-platform involvement with the upcoming Saints Row 3, “Now, we know how those go sometimes: sure, the first party wants it, but is it really going to work? The interesting thing about the game is we were already making it. We were already making it as our Xbox Live game and in 3D also. It’s designed for 3D already. So the 3DS version is an incremental cost. It’s not a big startup cost. Anything in a transmedia play has a column called marketing in it. It’s also a marketing tool. So how does that game model for us? I believe it will do great, especially if Nintendo is going to go mature and really do a big mature campaign on it. It’s a killer game. It’s got all the weird humor of Saints Row, and also its existence is part of the marketing plan to sell Saints Row 3. Also, all these games have hooks where, if you play it, it unlocks things in Saints Row 3. If you play Saints Row 3, it will unlock things in the 3DS game or the Xbox Live game. I don’t know if I was clear about that, but all of our extension properties all connect and unlock things in each other.”