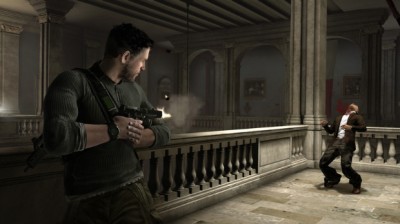 French developer Ubisoft is looking to follow in the successful footsteps of Valve’s Steam by releasing several of their hit properties on Apple’s Mac OS. Featured in the Q1 sales report and its related documents, both Splinter Cell: Conviction and Assassin’s Creed II are headed to the computer platform sometime in Q2 2010, which would put it sometime before September. The release of the games seems more set on the EMEA (Europe, Middle East, Africa) regions, with no specific announcement of Mac-compatibility in the States.