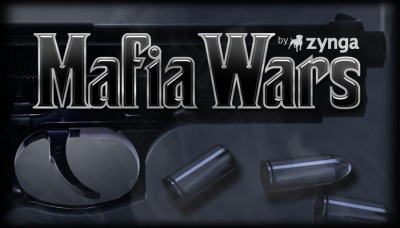 Zynga was having such a good year. What with huge investments and successfully avoiding being just another wholly acquired social gaming company, 2010 was looking to be the Year of Zynga. But the casual developer’s flagship title, Mafia Wars, has hit multiple road-blocks in the past couple of days.

First, a marketing campaign for the game’s recent Las Vegas expansion, which featured decals of broken car windows and fake $25,000 bills were placed across major cities, the former sometimes placed over its real-life, un-broken, counterpart. Alex Tse, the District Attorney of San Francisco, found the campaign to be an “illegal marketing tactic,” and likened it to “sidewalk vandalism,” specifically citing the fake (non-registered) dollar bills on sidewalks. Tse has contacted Zynga for a solution to this issue, requesting immediate action on the developer’s part, saying, “The City Attorney takes violations such as these very seriously, and intends to pursue every available cause of action aggressively against Zynga for these illegal marketing tactics.”

If that wasn’t enough, Mafia Wars has also been the target of lawsuit from another social games maker, Digital Chocolate. The company claims that Zynga knowingly branded the crime-sim despite their exclusive copyright over the name. Zynga allegedly received a complaint letter from Digital Chocolate over a year ago and responded in writing by saying they would willingly re-brand the product, an act which never occurred. Zynga has responded to the lawsuit via official statement released to the press, “We are surprised and disappointed by Digital Chocolate’s lawsuit. The timing of the action appears to be opportunistic, and we plan to defend ourselves vigorously.”