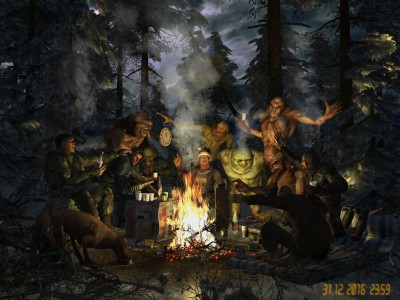 The long-running (and oft-expanded) S.T.A.L.K.E.R. franchise has been a staple of the PC-exclusive shooter market for years. With the announcement of its first full sequel, S.T.A.L.K.E.R. 2, made at Gamescom in Cologne, Germany, developer GSC Game World is looking to take the series to consoles for the first time. The game is expected to release on the 360 and PS3, as well as the PC, with a tentative release date of sometime in 2012.

“After the official sales of the series exceeded 4 million copies worldwide, we had no doubts left to start creating a new big game in the S.T.A.L.K.E.R. universe. This will be the next chapter of the mega-popular game players expect from us,” said Sergiy Grygorovych, CEO of GSC Game World.