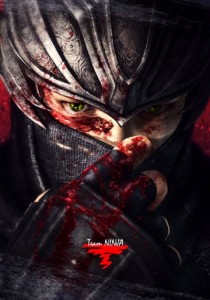 At an exclusive “ninja house” press meeting, the recently re-vamped Team Ninja debuted three new titles in both existing and new IP. First, Dead or Alive is headed to the Nintendo 3DS with Dimensions, which contains a story spanning the first four entries in the series, and is set to “bring back 3D fighters” if studio head Yosuke Hayashi is correct. Also displayed was the once-stalled collaboration with Koei, Ni-Oh, a samurai action game originally set as a PS3 exclusive. No clarifications on its release platforms were given at the TGS presentation.

Lastly, Team Ninja brought out its strongest guns with the supposedly darker Ninja Gaiden III, with only a CG image released for information. The entire event was comparatively low-key and intimate, and according to the studio itself, meant to showcase its resurgence from its recent financial (and other) woes.

“Team Ninja is a company from Japan,” said Hayashi, indicating that the company has no intention of hiding its origins. “And we’ve been through some hard times, but we want to show you how strong we’ve become now that we’re past those difficulties.”