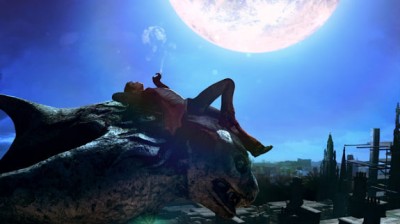 If you were one of the many who flooded the internet with complaints over demon-fighter Dante’s new look in the Devil May Cry reboot, it may not make things better to know that such a controversy was Capcom’s intentions all along. Ninja Theory’s reinvention of the series was always planned to thoroughly change the known universe, and both the developer and publisher were counting on the resulting emotions to bring attention to the title.

“I will argue that any changes will bring about a knee-jerk reaction from fans,” said Christian Svensson, Capcom VP of strategic planning and business development, to IGN. “We know that; we knew that going into it. To be fair, I think some of the strategy here was to create that discussion and dialogue, and I think it drastically raises the visibility of the title versus if we had just done another Dante.”

“The original concepts that came back for Dante were actually extremely close to the Dante everyone knows and loves,” Svensson said. “The feedback that came back from [Keiji] Inafune and [Hideaki] Itsuno was, ‘No guys, this needs to be completely different, we need you to go much further and be much more creative.’ And literally dozens of potential iterations later became what we as a team felt comfortable and actually happy with.”