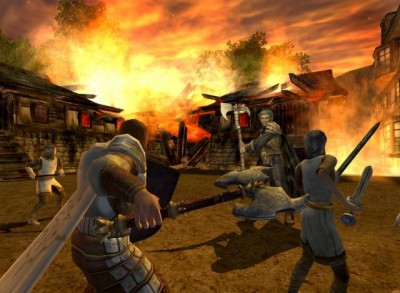 On paper, offering nearly 100% of a finished game free online to all players may not seem a good business model. But the micro-transaction economies have lead many games to flourish, the latest being Lord of the Rings Online, which made the shift to free-to-play only a month ago. Kate Paiz, the Executive Producer on the title, has said the shift has lead to a doubling of revenue in that time, including 1 million new accounts and a 20% return rate from lapsed players.

Over half of current players use the new micro-transaction based in-game stores, with additional inventory storage slots being the most popular items. The game has also seen a 300% increase in peak currency and 400% more active players. Lord of the Rings Online has also, surprisingly, seen an increase in paid subscriptions.