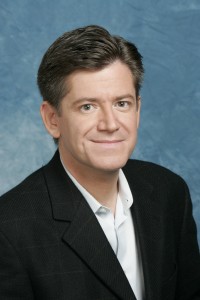 Graham Hopper, the man attributed for taking Disney’s Interactive division from a movie-based games to the third-party studio behind unique titles like Split/Second, announced his resignation earlier last week in an internal email. Hopper had held the General Manager position at Disney Interactive for the past eight years, and it is not currently clear who will be replacing him. The resignation is just the latest sign of a restructuring within the company, their poor fiscal sales reports out of Q1 2010 leading them to focus less on the 360 and PS3, and more on the Online and Nintendo markets.

“It seems like yesterday I was given the wonderful opportunity to lead the Disney Interactive Studios team and build a 21st century games business worthy of the Disney brand. Since taking on the challenge, I discovered we all enjoy a shared passion for great games, a vigorous creative environment and working together as a collective team which has made every day here worthwhile.”

“After more than eight years at DIS and 19 years at Disney, the time has come for me to move on from the company and set my sights on new horizons. During December I will transition my responsibilities to DIMG’s co-president, John Pleasants, who will continue to manage and oversee DIMG’s collective gaming strategy.”

“As I look back, I am so proud of what we’ve accomplished. Our global games business has grown dramatically, we continue to attract and develop some of the best creative talent in the industry, we create award-winning products, and we’ve reached our target to become a top-five publisher on Nintendo platforms. This was all accomplished by the hard work of every DIS employee and a strong collective belief in the vision we set out to execute on many years ago. We have put Disney on the map in video games, and for that, we should all be extremely proud. As we ship our upcoming titles Disney Epic Mickey and TRON: Evolution, we can be confident that we continue to create, market and deliver high-quality, best-in-class games that both entertain and delight players. My heartfelt thanks go out to all of you and I wish you much success.”