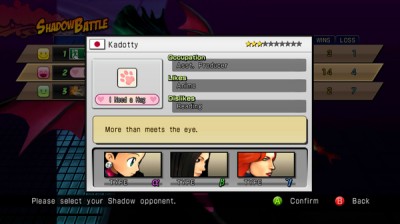 Ever want to play against the developers of your favorite fighting game? Well, Capcom aims to fulfill that dream with Marvel vs. Capcom 3‘s “Shadow Mode.”A new online component to the game, it will allow players to fight against computer AI modeled after noted human players and teams. Released via downloadable packs, the first ghost team will be of one of the game’s producers, assistant producers, and QA tester. More downloadable packs will be released down the line. No word yet on whether gamers will have to play to face these shadow teams.

One thought on “‘Marvel vs. Capcom 3’ Getting a Shadow Mode”