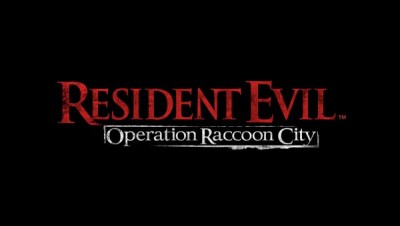 Resident Evil: Operation Raccoon City is the next in the action-horror franchise from Capcom, the publisher revealed earlier this week, and will shine new light on events depicted in Resident Evil 2 and 3. Set for release at the end of this year for 360, PS3, and PC, the game is being developed by Vancouver’s Slant Six Studios, of SOCOM: Fireteam Bravo 3 fame. A co-operative inclined adventure for up to 4 players, who act as member of the Umbrella Security Services sent to destroy evidence of the T-Virus outbreak.

The non-canon nature of the story will allow players to be cast as antagonists against (and possibly kill) series heroes like Claire Redfield and Leon S. Kennedy. Capcom also promises the return of the trademark boss battles from a different perspective, and 3-way multiplayer bouts versus Umbrella Security, US Special Ops, and zombies. Gamers will be able to select from four possible USS Team characters: Vector, Beltway, Bertha, or Spectre, with varying disciplines and duties throughout the game.

The basic gameplay of the series is set to be turned on its head, with a darker theme leading to equally darker gameplay. Instead of constantly gunning for the head, characters may shot members of opposing human forces, injuring them to force zombie attention unto their targets. Also, expect the return of Tyrants.

Operation Raccoon City looking good, E-Gs? Or are you looking forward more to Mercenaries 3D, Revelations, or the inevitable Resident Evil 6? Comment below!