French Gaming website NoFrag.com has managed to obtain the cover for the upcoming issue of Joystick Magazine. The coverimage, which has been pulled from NoFrag, features Prey 2, the sequel to 2006’s first-person shooter by Human Head Studios.

The title was originally announced in 2006, shortly after the release of Prey, but little news regarding the game has been made public in the following years. In 2009, when 3D Realms, the executive producer of the franchise, went bankrupt, Zenimax media acquired the rights to the game.

The cover featuring Prey 2 can be found after the jump. 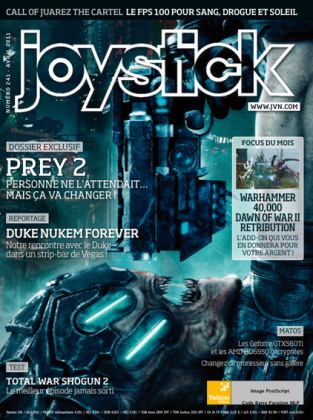