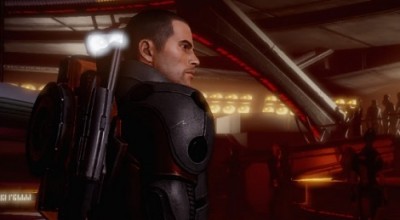 The Mass Effect franchise has birthed one of the strongest new franchises of this generation, and with far fewer spin-offs than its contemporaries. With the release of Mass Effect 3 supposedly ending the main quest of the franchise, plans for any future releases under the brand have been kept tightly behind closed doors. But that may have changed, as the Executive Producer of the series, Casey Hudson, told Game Informer (via VG247).

“We’ve been trying to think of a way that makes sense for people to experience Mass Effect with their friends,” he explained.  “We haven’t yet come up with a way to do that, so we don’t have anything to announce at this time. But, obviously, multiplayer is something we want to do more of in the future as a company.”

“A lot of people say that they want to see an MMO, I think that kind of makes sense for this universe,” Hudson continued, “Part of what you’re trying to do is save the universe so you can live in it. That’s part of the promise, I think, for any great IP. It has to be a world worth saving…I think Mass Effect has that quality to it. If you get rid of the Reapers and win that, wouldn’t it be amazing to just live on the Citadel or just take a ship to Omega? That makes sense.”

Agree with Casey Hudson that Mass (-ively Multiplayer Online) Effect is a good idea? Or should this series stay single-player only? Give us your thoughts in the comments section!