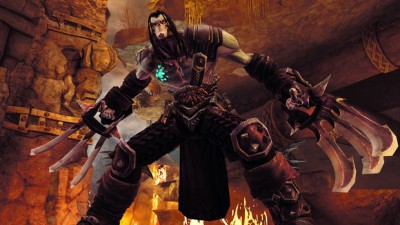 THQ confirmed a delay in Vigil Game’s Darksiders II earlier today, stating that a final bit of polish was needed before the game could go gold. Originally slated for this June, the hack-and-slash/dungeon crawler will instead launch this August. THQ has denied rumors that the delay is being implemented in reaction to the company’s recent layoffs, or to better align with the launch of Nintendo’s Wii U.

THQ was in the news elsewhere today, anticipating a fourth quarter sales boost following “stronger-than-expected” returns on both Saints Row: The Third and UFC Undisputed 3 (raising expectations to $160-170 million, up from $130-150 million).