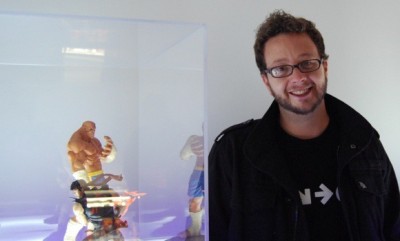 Perhaps the most famous person to hold the title of “Special Advisor” outside of politics, Seth Killian announced that his six year tenure at Capcom will be ending this Friday. Posting a somber farewell message on the Capcom Unity blog, Killian offered no glimpse into where his next post lies, just that he is choosing “…a new path which will let me embrace a new dream…”

Killian first joined up with Capcom in 2006, and helped rally the fanbase through what many argue as the fighting genre’s modern renaissance with Street Fighter IV. Along with the game’s director Yoshinori Ono, Seth Killian became the public face of the franchise and one of the most recognizable figures in the fighting game community.

Seth’s farewell concluded with, “And finally, to the FGC: In no uncertain terms, you have been my reason for everything. A game can be incredible, but it’s the players and where they take it that elevate it into legend. Both as individuals and as a group, you have taught me more than I could have ever thought possible…You are a family to me. Today, the community is strong, and growing stronger. We fight, we make mistakes, we argue, and we compete but in the end we have each other…You continue to electrify the world and show the power not just of a game, but of a living, breathing community. Strive to be your best selves, to share our magic with the next generation, and above all else, take care of each other. We are a family.”