No—Damnation is one of the titles that will receive a price drop before the end of the month and fade away.  It will not be remembered, it will not be discussed.  It will not go down in history as one of the worst games ever made because it’s just another horrible mess that is so aggravating and depressing to play that I can scarcely muster the strength to criticize it.  But I will persevere. 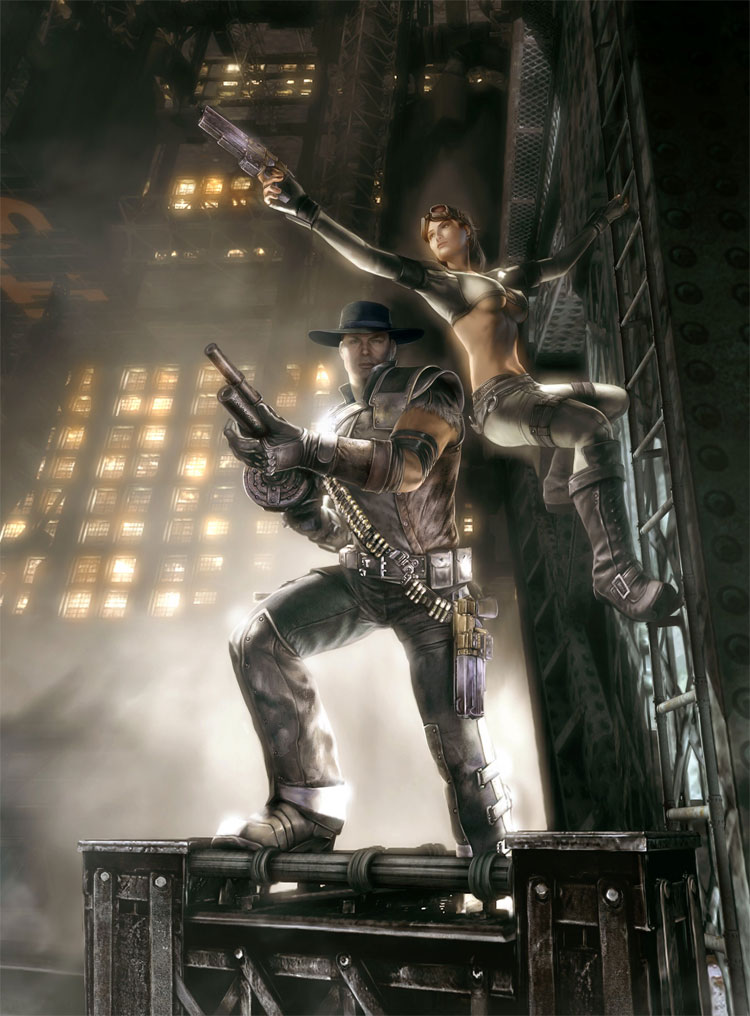 Damnation was developed by Blue Omega, and for the good of the industry, I hope that it was their first and last game.  The plot is uninspired, the characters are bland and generic, and the gameplay is an abomination.

The game takes place after the American Civil War when the US government has been overthrown by a mad scientist and his technological superiority.  So it’s pretty much Wild Wild West if the writers of the show/movie had tried to make it serious.  But that’s not the only thing the developers ripped off—in the opening cutscene alone, you can spot elements from The Missing, Terminator 2: Judgment Day and every movie/game to feature a Nazi-esque line of soldiers walking in tandem.

You play Hamilton Rourke, some guy who could be any type of adventure game archetype—bounty hunter, treasure hunter—the only thing that’s obvious is that he’s a ‘resistance member.’  Frankly, I’ve known stale sponges with more personality and depth.  Out to rescue his American Indian girlfriend, he’s accompanied by two equally useless characters; the requisite buxom and hostile female and the fatherly scientist and mentor figure.

The dialogue is hackneyed and poorly performed, and there is far too little to make us care about the characters at all.  The only time the characters speak more than three or four lines is when they’ve been wounded and they repeat the same cry for help over and over until you help them up or they help themselves. 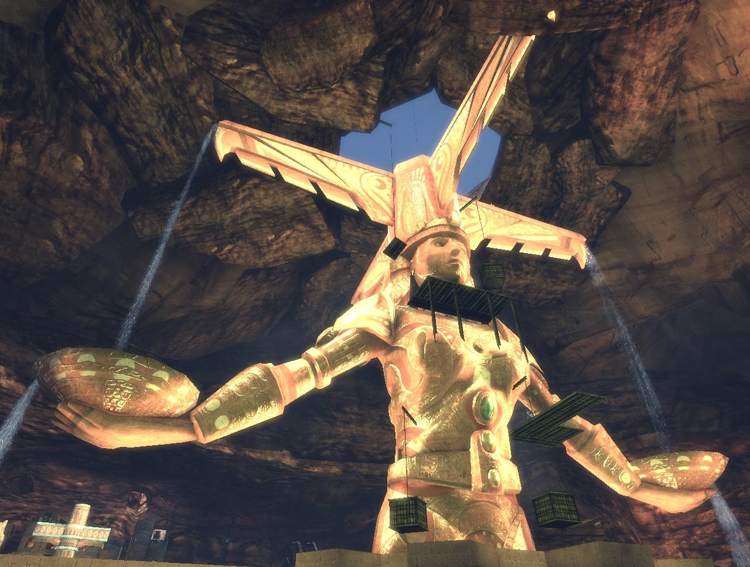 Whenever an ally gets wounded, the action is stopped while an obtrusive black dialogue box fills the center of your screen, telling you what to do every single time for those who forget simple gameplay mechanics every few minutes.  And this is the case with all dialogue boxes.  Even after I had managed to ‘Move with the Left Analog Stick’ and ‘Grab a Ledge with the X Button’ multiple times, the prompts kept on coming.  And they aren’t inconspicuous and translucent notes in the corner or along the bottom of the screen; they appear right in front of you and pause the game whenever they pop up.

The gunplay is a pain with all firearms being as accurate as you’d expect Civil War era firearms to be.  Of course, your enemies have hyper-accurate weapons and can kill you in two or three shots.  The only way to overcome these odds is to find a sniper rifle and never miss.  When in gunfights, there is no cover system.  At all.  You can crouch and that’s it.  You can’t lean in any direction and the camera is locked on your right shoulder, meaning that you have to expose your entire body to shoot anyone on your left.

The melee combat is equally broken because whenever you hit someone, you move forward.  After two punches, you’re on the other side of your enemy and more often than not you’ll get shot.  Furthermore, enemies react the same way to a punch as they do to a barrel from a shotgun—they stumble and their heads move a bit.  There’s no strategy involved.  No skill.  You just have to keep on swinging/shooting until the bad guy falls down or his head falls off.

Then there’s the ‘platforming.’  Blue Omega tried to hype this part up by talking about the game’s revolutionary ‘verticality.’  That’s really just a euphemism for the same models of ledges and derelict buildings being copied and pasted on top of each other ad nauseum.  It wouldn’t be that bad but the platforming handles like an inebriated cow in that it is essentially a cut above pre-scripted events. 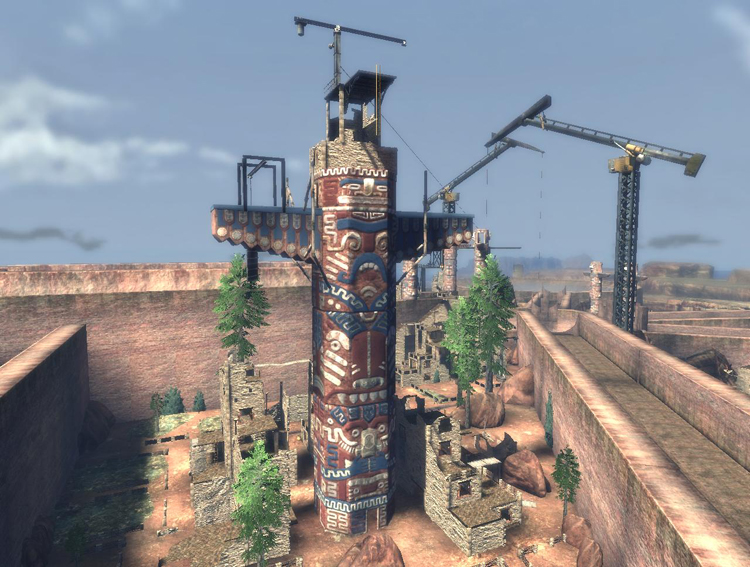 There’s no sense in having an analog stick because you can only move forward, backward, sideways, and at 45 degree angles.  All platforming is handled with a few buttons and it flows about as well as molasses in January.  The game disregards every standard.  When hanging on a ledge, gamers expect to be able to jump from that ledge by pushing the analog stick in the opposite direction and jumping.  Not so in Damnation.  Using the R1 button, you can jump perpendicular to the ledge.  Not at an angle, of course not.  That’d be far too natural.  The game tends to arrange everything perfectly on an invisible grid.

The art style is borderline sickening with everything being a grayish brown or brownish gray or, on rare occasions, a reddish brown.  Simply put, it’s ugly to look at.  The music is…actually, I didn’t notice the music over the terrible voice acting and torturous gameplay but I’m sure it’s equally subpar.

The bottom line is that Damnation isn’t worth your time, money, or anything else.  The only redeeming quality of it is that it doesn’t give you cancer.  I think it’d also be good to mention that it took me 50 minutes to play the game.  The thing froze six times before I decided to re-install the game data and cross my fingers.  There isn’t a single thing in Damnation that hasn’t been done much better in another game.  If you want fluid platforming, play inFamous or Assassin’s Creed.  If you want third person action, play Gears of War or any of the dozens of games that got it right.  If you want to experience a steampunk America…go see Wild Wild West.  Yes.  The game is so bad that I am recommending you see the movie Wild Wild West as an alternative.