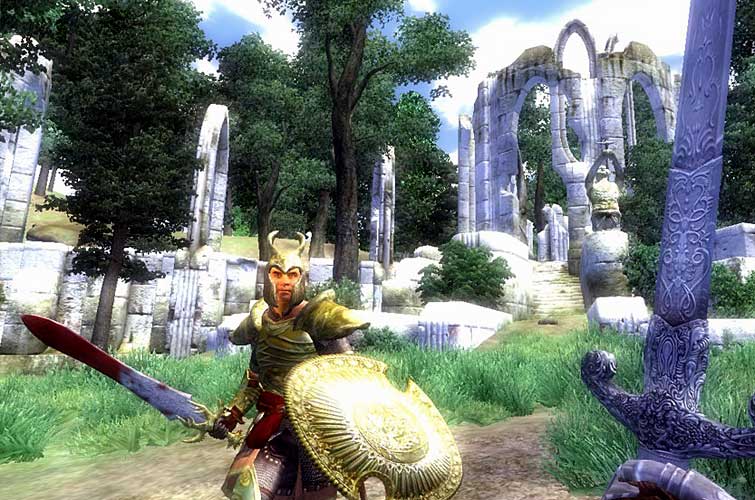 A longtime (hopeful) rumor of PC Savants and MMO-addicts alike, the recent court filings of Bethsoft’s lawsuit against Fallout IP-holder Interplay have – perhaps accidentally – revealed a massively multiplayer online game based on the Elder Scrolls franchise. Found, as always, by series fansite Duck and Cover, the parent company Zenimax had hired Dark Ages of Camelot producer Matt Firor to head an online division of the company in 2007.

Since the hiring, the transcript revealed that “tens and tens of millions of dollars”  have been injected into the project of “close to a hundred people.” The injunction script also mentioned that the Elder Scrolls MMO has been developed on a four-year production lifecycle, which would put its prospective release at some point in 2011. VG247 has since confirmed the project as carrying the Elder Scrolls brand. Bethsoft has not returned any call for comments from Elder-Geek.