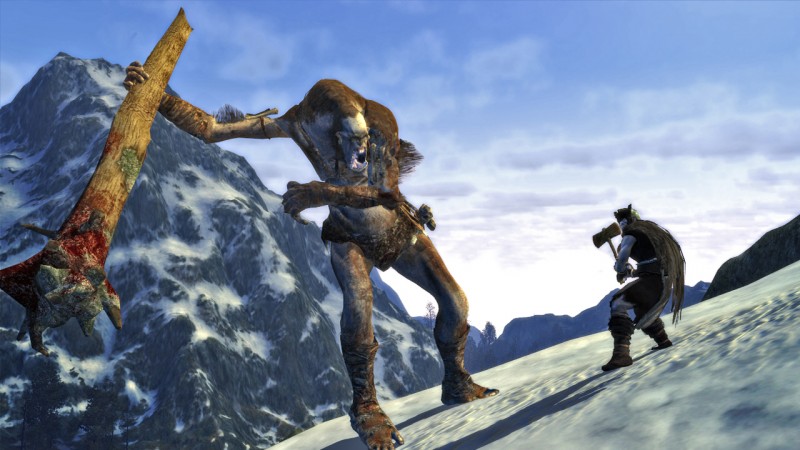 As if Alan Wake hasn’t kept Xbox 360 gamers salivating for years, the oft-rumored Age of Conan port (hoovering around since 2006) is still coming, according to the developer. In a recent interview with CVG during the release of the PC version’s expansion, Rise of the Godslayer, game director Craig Morrison spoke on the impending console version’s release.

“We obviously had many more challenges than we envisioned getting our technology to adapt to the console platform. We are still working on it for the future, and we see it as a potentially valuable platform for our games. Whether we have missed a window for Age of Conan itself remains to be seen.” He added: “There are many challenges inherent in [developing for console] that many MMO developers haven’t mastered yet.

“… It is currently an untapped market, but as time goes on I think we will start to find good solutions to the challenges that we face there. There are enough people exploring it and working on it that I am confident we will start to see more cross-platform MMO titles.”

Is the Xbox 360 a viable platform for Age of Conan, or is the console MMO still nothing but a developer pipe-dream? Give us your thoughts below, E-Gs!