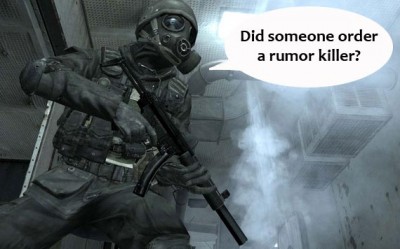 The fallout over the contract and back-pay disputes between Activision and former members of Modern Warfare 2 developer Infinity Ward has lead to the latter losing over a dozen key personnel, and a new competitor studio formed at rival producer Electronic Arts. Many in the position of prediction had put two and two together in regards to the future employment of all these quitting designers, and it comes as no surprise that they have made the decision to reunite with their former bosses at the new Respawn studio.

Todd Alderman recently updated his LinkedIn business profile page to show him assuming his former Lead Designer role at the Vince Zampella and Jason West-headed developer. Since then, Lead Animator John Paul Messerly, Software Engineer Rayme C. Vinson, Lead Environmental Artist Chris Cherubini, Lead Animator Mark Grisby, Lead Designer Mackey McCandlish, and Programmer Jon Shiring have all reported regaining the same (or similiar) roles at Respawn. Activision has yet to respond to the issue since its reporting on its recent hand-0ut of bonus checks originally intended for Zampella and West.