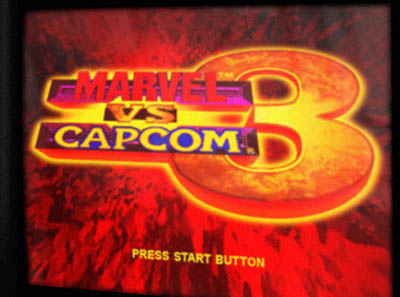 Image not official representation of any products

A rumor so close to confirmation that gamers are already trying to pre-order, PlanetXbox reports that a sequel to the dietetic arcade tag-team fighter Marvel vs. Capcom franchise is in the works. The rumors are coming in fresh from Capcom’s Captivate showcase event in Hawaii, and given the company’s dedication to re-invigorating their classics, these rumors have been taken with much more than a grain of salt. Details are tightly lidded at this point, but a media reveal is expected early next week.

Confirmed details (as of yet):

– Developers claim that gamers will be “blown out of the water” with the amount of characters on disc, but will still feature “unlockables”

– While remaining 2-D, the style will hover somewhere between Marvel vs. Capcom 2 and Street Fighter IV

– 1080p resolution will be supported

One thought on “Marvel vs. Capcom 3 in the Works”