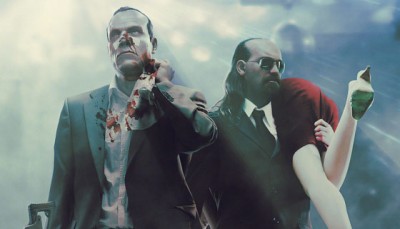 Looks like major publishers are taking label distinctions to some vogue heights. Nintendo began last quarter by giving its Teen-Rated titles a different black box to separate them from every other rating, and now Square Enix looks to distinguish some of its more mature titles with a new label. The “Square Enix Extreme Edge” label will serve to notify consumers of games with “extreme” qualities, based mostly on the CERO ratings system. Specifically, games between a D (Mature) and Z (Adults Only) rating, like Grand Theft Auto IV and Kane and Lynch. Given the strengthened publisher presence of Enix this year, the move will most likely act as a political buffer for the company, who has yet to push a Z rated game.

One thought on “Square Enix Takes Mature Games to the Extreme”