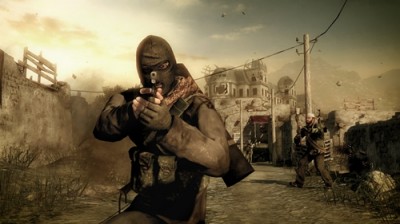 We previously reported on a growing controversy within the media at large at one of EA and Danger Close Studio’s multiplayer features in the upcoming Medal of Honor. The ability to play as members of the Al Qaeda terriorist organization hasn’t been popular in some circles since word first got to mainstream media outlets (follow the jump for some related program segments), but the drama has only escalated when Karen Meredith; mother of 1LT Ken Ballard, who was accidentally killed in the line of duty; spoke out against the game and its publishers.

“War is not a game, period,” said Meredith, “Families who are burying their children are going to be seeing this…. I just don’t see that a video game based on a current war makes any sense at all, it’s disrespectful.”

“I just find this unrealistic, to compare cops and robbers to the Taliban and U.S. soldiers,” Meredith later responded. “My son didn’t get to start over when he was killed. His life is over, and I have to deal with this every day… it’s just not a game.”

Where do the E-Gs stand on this issue? Give us your responses to these news segments, and the issue at large, in the comments section below!