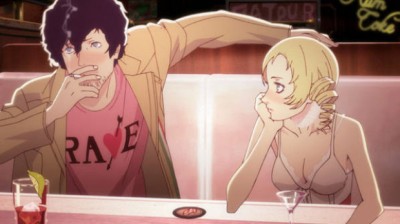 Maybe because its too hard, maybe its too graphic, or maybe it just doesn’t seem poised to make any money outside of Japan. Whatever the reason, Atlus US recently announced that the company’s Japan HQ has no plans to release the action platformer/dating-sim Catherine outside of Japan, despite it dethroning Marvel vs. Capcom 3 as the top selling title on both of its release platforms.

“Catherine is a Japan-only game and there are no plans for a NA release at this time. Sorry about that!” reads a statement released to Beefjack.

Think this embargo is only temporary, E-Gs? Do you think an American Catherine release will even sell? Tell us your thoughts below!

7 thoughts on “‘Catherine’ Not Planned for West Release”