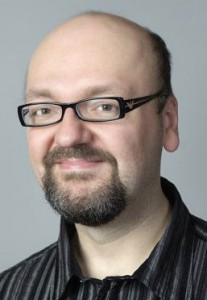 Homosexuality is a tricky topic to address in games, just ask David Gaider. The writer on Dragon Age 2 received some complaints on the official Bioware forums from a “straight male gamer” at the lack of a “no homosexuality” option in the RPG, as having male characters hit on him upset the gamer. Gaider responded that while straight males are the majority of players, that they shouldn’t expect such special treatment.

“We have a lot of fans, many of whom are neither straight nor male, and they deserve no less attention.” wrote Gaider, “The majority has no inherent “right” to get more options than anyone else.”

But the “straight, male gamer” isn’t the only one upset with the homosexual characters in Dragon Age 2. As it turns out a gay gamer started a petition against David Gaider (currently at 255 posts at the time of this posting) for his “stereotypical” portrayal of homosexuality in the game, asking for Bioware to fire the writer. According to the Petition writer, Gaider wrongfully caricatured homosexuals as overtly lustful and single-minded.

“As a homosexual playing Dragon Age 2, I’ve witnessed the worst stereotype homosexual characters in this game. If you refused to make your moves on a gay character then you are received rivalry points for not wanting to be gay for the character,” the petition states. “This is completely wrong, homosexuals do not approach people and force them to kiss us, the person that wrote this game should be fired for stereotyping homosexuals in such a disrespectful way, as well as creating the worst writing in characters, plot and everything else in DA2.”

A retort has already come from GayGamer, saying “Considering one male companion does this (Anders) and yet another does not (Fenris), this shows that the ‘gays’ in the game are capable of being normal people after all,” the site wrote. “They are capable of flirting and not flirting. You know, as people do.” A counter petition in support of Gaider has also been uploaded, and is currently at 1,129 signatures at the time of this posting.

What did you think of the same-sex relationships in Dragon Age 2? Were these protests justified? Give us your reactions below!