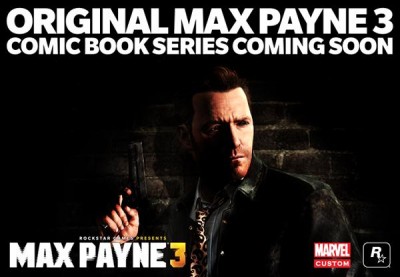 Already half way to a graphic novel, Remedy’s noir shooter franchise Max Payne will be getting a three-issue comic run, Marvel announced earlier in the week. Remedy’s Sam Lake (Max Payne, Max Payne 2) and Rockstar Game’s Dan Houser (Max Payne 3) will pen the script for the comic, which will be published both digitally and in hard-back. Acting as a sort of prequel to next month’s Max Payne 3, the comic will take place in between the events of the series’ first two installments.

Fernando Bianco (Manhunter) will be providing the art for the run, with covers by Greg Horn. The first issue, “After the Fall”, will debut in the next few weeks, free on both Rockstar‘s and Max Payne 3‘s official websites.