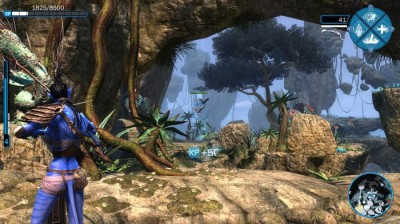 Despite James Cameron’s “Avatar” now fighting for the top grossing film of all time slot, the game version of the hyper-fable failed Ubisoft’s sales goals by a significant margin. Coming out a full two weeks before the film has been the reason most have attributed to the failure, the top brass at the publisher have mentioned that releasing licensed media in December has always been a risky move. Speaking shortly after the company slashed its guidance, CEO Yves Guillemot spoke on how the company has taken the hit.

“We knew we were taking [some risk]. The fact that the movie was coming in December was a potential problem, and it did result in a problem. We thought the game would continue to sell after the new year. It will be difficult in the future to buy rights to a movie that comes in December, because it’s too risky, and it cannot [capture] Christmas season [sales]. It doesn’t work as well for a video game company.”

Guillemot also took time to describe how the company will retract its usual amount of license acquiring in order to focus on its more original – and profitable – content. “The goal is to reduce the investment in licenses, and put more emphasis on making our brands bigger [and appear] more often, with very high quality,” Guillemot explained. “It doesn’t mean we will stop, but we are going to spend less on licenses in the future.”

CFO Alain Martinez was sure to chime in and lessen doubts that the company didn’t lose much on Avatar: The Game, “Avatar is not a loss-making project,” he stated. “When we lose 1 million sales [from our projections], that’s about 30 million euros in sales and 65 or 70 percent of gross margin that has been lost.”