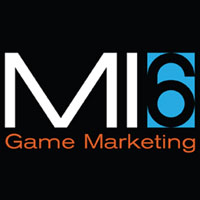 The MI6 conference was held in San Francisco this past Thursday, and in addition to a Sony conference on “Redefining the Digital Living Room,” the event rounded out with an awards ceremony for the best achievements in marketing. Assassin’s Creed II lead the pack with seven total wins, including “Outstanding Overall Integrated Marketing Campaign” award. Tied for second place was Resident Evil: Darkside Chronicles and NBA 2k10 with four wins each.

“The winning work featured at this year’s MI6 Awards showcased how game marketers are creatively leading while strategically adapting to the shifting media landscape,” said Jonathan Block-Verk, President and CEO of MI6.  “This community is driving the growth of the game industry by expanding the reach and definition of gaming, while continuing to appeal to the traditional gaming audience.”

The full list of winners can be downloaded here (in .pdf format.)