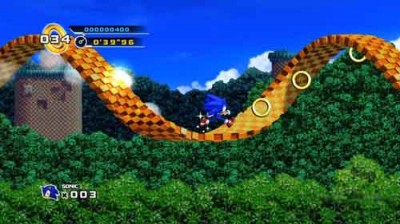 Well…well…well look who is back again. Sega today finally released the newest information on it’s “project needlemouse” and to nobody’s surprise it is Sonic the Hedgehog 4. The Blue Blur will be making his return on the PSN, Xbox Live, Wii Virtual Store, and the iPhone. It is reported that the game will be coming in episode form, with the first episode being released this summer. Rumors are reporting that the story begins immediately after the end of Sonic the Hedgehog 3. It is also rumored that Wii and PS3 Motion controls will be implemented in some way as well. The game will sport HD graphics and a mixture of 2D and 3D graphics. So will this be the game that finally breaks the cycle and returns us to the glorious 16 bit days, or will it be another tragedy that finally puts the furious rodent down for the ten count

Check out the Trailer below.

3 thoughts on “Sonic the Hedghog 4 Announced With Trailer”