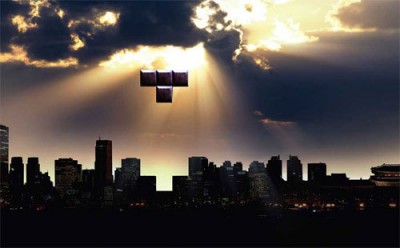 Tetris is one of the most recognizable pieces of pop culture in history, so its no surprise how frustrating the inability to get good multiplayer out of the brand could be. For the past 10 years, original creator Alexey Pajitnov has been attempting to integrate the functionality, but to little avail. Sitting down with Gamasutra, Pajitnov expressed his irritations and the Tetris brand itself.

“We are working on multiplayer versions for more than 10 years. I’ve been trying to design it. I should admit that we are not quite there yet.” said Pajitnov, “It was quite a problem with Tetris that… the game is very intense, you know? If you play on the high level — and that’s where you want to play usually. So, you play on the edge of your abilities, in terms of the speed and reaction, and everything,” he continues. “So, you kind of have no brain resources to observe what the other people are doing.”

He continued, “That’s the kind of measured theoretical problem which we need to resolve with multiplayer Tetris. So, if we lower the intensity of personal game playing, we, a little bit, lower the excitement of the game. But if we keep it at the same level, the players don’t have resources to really do some kind of multiplayer actions, to observe, to analyze what’s going on in the big picture, and adjust their strategy…So, we have been seated on this problem for a while; that’s the brief description of it. But there are still very promising ways to do it, so the version we have now is pretty good…I mean, when you send the garbage in the multiplayer to the other player, it kind of works…But unfortunately, my dream would be the game, when you could really see what the other people do and take their gameplay and their achievement and their status in the game really in account…That’s what the main joy of a multiplayer game is, in my opinion.”