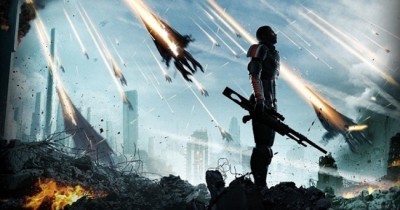 O, what cupcakes and charity can do. Bioware has announced that, due to the overwhelming amount of player feedback received over the ending(s) to their finale to their space opera finale Mass Effect 3, they will be releasing a epilogue of sorts via free downloadable content. Mass Effect 3: Extended Cut, due out sometime this Summer, will reportedly provide “further clarity to the ending of Mass Effect 3” and “deeper insights into how [the player’s] personal journey concludes” according to Bioware. The DLC’s “free-ness” will expire on April 12, 2014.

This could be the closing salvo to a fan backlash of truly unprecedented proportions. Aside from the afore-hyperlinked Cupcake Offensive and Child’s Play charity drive, the distaste fans expressed post-ME3 ending also led to a complaint against Bioware parent company Electronic Arts at both the Federal Trade Commission and the Better Business Bureau (which has yet to – and probably will never – see traction). There was also the other charity drive, started in a desire to not be associated with the first, louder charity drive.

The breadth of the ending DLC has been called into question after Jennifer Hale, voice actress for the female Commander Shepard, 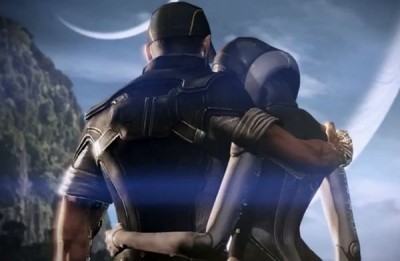 revealed to Edge that she has yet to even be contacted to record new lines for anything Mass Effect-related. “I have mixed feelings about [the prospect of a new ending],” Hale admits. “I really respect the team and what they did and how hard they worked. And endings are hard! They’re cutting new ground; the players are so involved in this game that to come up with an ending to something everyone’s got their hand in is a huge challenge…So maybe it’s going to take a little work to get everything sorted in a way that’s going to make everybody happy.”

“Since launch, we have had time to listen to the feedback from our most passionate fans and we are responding,” detailed Dr. Ray Muzyka, co-founder of Bioware, “With the Mass Effect 3: Extended Cut we think we have struck a good balance in delivering the answers players are looking for while maintaining the team’s artistic vision for the end of this story arc in the Mass Effect universe.”

Casey Hudson, Mass Effect‘s Executive Producer, added, “We have reprioritized our post-launch development efforts to provide the fans who want more closure with even more context and clarity to the ending of the game, in a way that will feel more personalized for each player.”